GAMING Playmob And Beyond: How The Gaming Community Gives Back

Figures in the gaming community are often seen as living in their own bubble. They are stereotyped as hoodie-wearing shut-ins, hunched over their consoles, mashing away on their controllers and keyboards and somewhat alienated from the real world. This, however, couldn’t be further from the truth.

Today, we usually associate large-scale charitable giving with the rich and famous. On a smaller scale, philanthropy is associated with modern day entrepreneurs like Blake Mycoskie, who founded TOMS Shoes and pioneered the one-for-one business model — for every product purchased, another is donated to someone in need.

It’s uncommon to think of Legend of Zelda players as individuals gaming to raise money for a cause. Yet, in today’s world, video game companies and gamers alike have been involved with some of the biggest fundraising campaigns out there.

While there is no comprehensive data showing the growth of fundraising through livestreaming and gaming, we do know that online giving has increased exponentially in the past few years. Compassion International states that 7.2% of overall fundraising revenue was raised online in 2016. Additionally, they report 7.9% increase in online giving from the prior year. Since then, the numbers have only risen. It stands to reason that livestreaming and gaming — made possible by our ability to be online and connected — would be the next logical step in fundraising.

Many established non-profits like Save the Children and St. Jude Children’s Research Hospital are investing in live online video as part of the fundraising campaigns. This is because experts predict that live video and gaming will soon become even bigger parts of charitable giving. To quote Julia Campbell, a consultant who advises nonprofits on digital strategy, “You’re going to have to accept donations through it one way or another. People are going to give to you the way they want to give to you.”

The popularity of charitable gaming campaigns has led to the creation of platforms like London-based Playmob, that emphasize “cause marketing” and integrated functions into games to enable charitable giving. Playmob has created over 35 campaigns across various game titles. Some of these include Angry Birds Epic, The Sims Social and Plants vs. Zombies. Platforms like this show how gaming is becoming increasingly connected to charitable causes.

Gaming contributes to a high number of donations, often as the result of gameathons, to help those who are affected by disasters or medical conditions. For instance, Direct Relief received over $500,000 in donations following Hurricanes Harvey, Irma, and Maria as a result of gameathons. Jude Ower, Founder and CEO of Playmob, says, “It is not just seen as a ‘nice’ thing to do, it is essential for both giving back and for engaging. Games can tell a story and engage audiences at scale, with issues such as poverty, climate change, and scarcity.”

Consider the video game Overwatch by Activision Blizzard. In the summer of 2018, the company raised $12.7 million for the Breast Cancer Research Foundation (BCRF) through the launch of an a way for players to contribute. The fundraising drive consisted of several components. First, Activision Blizzard sold a limited edition, pink-colored skin for the character Mercy — a beautiful female scientist. This skin was made available on all platforms. Secondly, the company sold charity T-shirts with the pink Mercy design.

Most importantly, as stated by Fast Company, Activision Blizzard, “ran an online gaming event with 14 star players on the live stream gaming network Twitch, which agreed to donate any network-based tips or bits’ received during its sessions to the event.” Even the audience was incentivized, with viewers given the ability to unlock Overwatch-related prizes after logging in a certain amount of watch time. All this raised a hefty sum for BCRF, making Activision Blizzard’s donation the largest one ever received from a corporate partner.

Activision Blizzard has also raised money for other organizations. In fact, the company raised $2.5 million for the Make-A-Wish Foundation through in-game sales of a pet named Mischief in the World of Warcraft game. As aptly noted by Brittany Tompkins, Global Philanthropy Manager for Blizzard Entertainment, “gaming for good is a trend that’s been gaining ever more influence within the philanthropic sector.”

It’s not just well-established gaming companies doing charitable work. Often, gaming fundraisers are started by a couple of enthusiastic gamers eager to make a difference, however small it may be. One example is Matthew Moffit, who raised $300 online for the non-profit Child’s Play in 2009. For 36 consecutive hours, he collaborated with a friend to play and stream The Legend of Zelda games while accepting donations for the nonprofit.

Moffit did it again later that year, raising $3,300 for the American Cancer Society. From there, his initiatives kept growing, and after a few years, his biannual event called “Zeldathon” was raising money in the thousands. Moffit is a great example of someone who has used his passion for good and eventually scaled it up to make significant contributions through sheer hard work and dedication.

The gaming community today is so much more than some give it credit for. The gaming community is engaged, entrepreneurial, and invested in making a change — and it’s doing all this in an undeniably fun manner. The next time you pick up your controller, take a moment to think about what you can do to give to those in need. 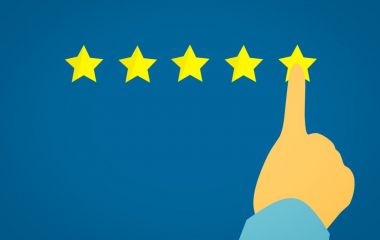 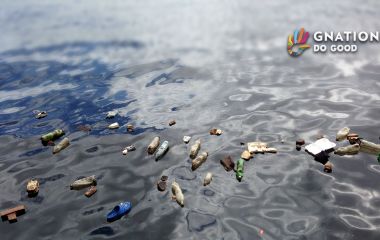 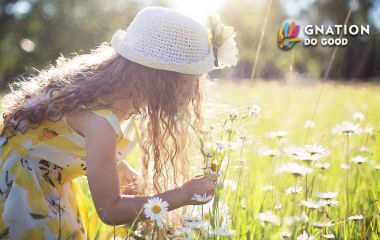